Our Founder Sadguru Kedarji speaks about that Highest power, the energy substratum of everything, from which everything else derives its power.

Sadguru Kedarji is an ascetic who has been initiated into a long, unbroken lineage of ascetics. An ascetic is a being who is initiated into a spiritual lineage of enlightened masters by his/her Master and takes a vow, a sworn oath to make the journey to discovering and imbibing the power of Divine Conscious Energy (the Spiritual Power) his only priority in life. This begins many years of training and Self-discovery that includes daily worship of the Highest, the Supreme, embodied in a disciplined daily spiritual practice.

After completing this journey, the ascetic is authorized by his/her spiritual Guru to lead others on the same journey to the ultimate experience of this highest power and how to harness it in every aspect of one’s existence.

Kedarji has the unique distinction of marrying his many years as a practitioner in the holistic health and healing field with his trials, tests and realization as an ascetic in a powerful, time-honored spiritual tradition. This has culminated in the integration of his Ecology of Well-Being embodied in our 4 Pillars of Total Well-Being – The Spiritual Power, Improved Mental State, Emotional Resilience, Vibrant Health. 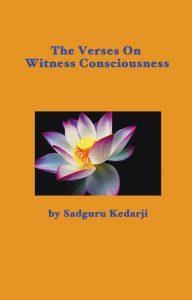 The Verses On Witness Consciousness by Kedarji.

This phenomenal little book shows you how to access that power!

How Can You Be Sure That You Haven’t Been Brainwashed On This Path?

How Can You Be Sure That You Haven't Been Brainwashed On This Path?

View Now
What Are the Core Beliefs and Practices of This Spiritual Path?

What Are the Core Beliefs and Practices of This Spiritual Path?

View Now
Why Does That Picture of Your Guru Make Me Feel So Uncomfortable?

Why Does That Picture of Your Guru Make Me Feel So Uncomfortable?