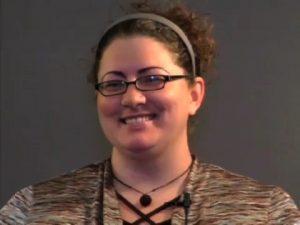 The Miracle of Grace
and Its Protective Quality
by Shanti Harkness

Audio version of this article.

What is Grace? In Nityananda Shaktipat Yoga, Grace is defined as the power, the Love that rescues us from entanglement in worldliness, and like a boat, carries us across the illusion of this world to that distant shore of joy, peace, and the permanent Bliss of the Absolute; Grace is that which frees us from the bondage of ignorance that keeps God concealed from us.

One of the many great things about our Siddha Science, is that the Guru doesn’t force us or coerce us into following his instructions; he doesn’t twist our arm or drag us by the hair, kicking and screaming until we listen, although sometimes I think this might be exactly what I need! He loves each and every one of us, unconditionally, without distinctions, as the Self, as God.

And the Guru knows what’s best for us, based on our karmas. So, whenever the Guru gives us an instruction, it is for our Highest Good, it is to help us on our journey of retracing our steps back to God… it is also meant to protect us.

In his great sacred text and spiritual autobiography, Vibration of Divine Consciousness, Sadguru Kedarji states that retracing one’s steps back to God quickens through the performance of Guruseva, or selfless service. It is through Guruseva that we gain spiritual merit because it is service to God.

Nullifying Past, Present and Future Karmas

And in the Shri Guru Gita, another great sacred text of our Lineage, verse 105 states that “For a person who remembers the Guru with humility, reverence and longing, the Guru protects that person from all harm, curses and karmas, and frees that person from the fear of time, birth and death.”

Sadguru Kedarji often reminds us that he, and our entire lineage of saints and sages, stand behind us like a mountain, protecting us.

So… what is Grace? Grace is the only reason I am alive today. My Guru’s Grace, which is the same as God’s Grace, has protected and saved my life nearly a dozen different times – and that’s just the times I’m aware of!

Several months after first crossing paths with Sadguru Kedarji, I was driving home one night after a program and was stopped at a red light. Where I was stopped at the light was set back a good deal from the intersection because large semis would often turn onto that road and they needed room to make that turn. There was also a large building right up against the road that completely blocked my view of oncoming traffic.

So, as I sat at this red light, I was completely engulfed in joy because we had just finished chanting during a program, and I was thinking about how grateful I was to Sadguru Kedarji and the impact that these programs and his teachings and instructions were having on my life.

The light turned green, but I could not move. I was, for all intents and purposes, completely paralyzed. I physically could not move. I could not move my foot from the break to the gas to drive through the intersection. I even remember thinking to myself, “Helloooo? The light’s green, you can go!! Come on—go!” But I still could not move. A moment later, I realize why I was unable to move.

As I looked up, a huge SUV went flying through their red light. Had I stepped on the gas right when the light turned green, I would have been right in the middle of the intersection at that moment and the SUV would have slammed into my driver’s side at what appeared to be 60-70 miles per hour.

The Poison Is Not In the Poison

One summer day, a friend and I were getting ready to go to the farmers’ market. That morning, he asked me if I had my epi-pen in my purse. I didn’t. I had switched purses a few months prior and never moved everything over to the new one. I wasn’t even sure where it was. He kept insisting that I put my epi-pen in my purse, but I wasn’t really that worried about it. I had never needed it before, besides, I read labels on EVERYTHING – I’ve had a peanut allergy so, I wasn’t going to be eating anything with peanuts in it. He kept insisting until I finally found the epi-pen and put it in my purse.

After we finished at the farmers market, we walked across the street to a smoothie bar for lunch. I ordered my smoothie and walked away from the counter as my friend ordered his and then joined me. As we sat down to enjoy our smoothies, I was impressed by how good mine tasted. He said his was really good, too, and asked if I wanted to try his.

We swapped smoothies so we could each try the other’s. As I swallowed a big gulp of his smoothie, my heart sank. He could see something was wrong. When I told him he ordered a smoothie with peanut butter in it, a look of panic washed over his face. I took several slow, deep breaths to keep myself calm, knowing that if I allowed myself to get worked up, any reaction would only be exacerbated and come on quicker.
My heartbeat started to drastically speed up as I continued to take slow, deep breaths. I could feel my throat starting to constrict and get harder and harder to swallow. I had never experienced anaphylaxis before, but I was trying my best to remain calm.

Remembering this utterance, that the poison is not in the poison, I mentally visualized myself offering up this smoothie to Sadguru Kedarji, to bless it as prasad, or blessed food. I knew from past experiences that I could eat blessed food that contained peanuts without any reaction whatsoever. So, I made this mental offering to Sadguru Kedarji in the hopes that it would stop the anaphylaxis from progressing any further.

Then I performed my 3-step dharana – I took 3 deep breaths, recalled Sadguru Kedarji’s form into my mind, and repeated my mantra, Om Namah Shivaya. I continued to repeat my mantra and to hold Sadguru Kedarji’s form in my mind as I immersed myself in focusing only on him, trusting that his Grace would protect me and lead me to know what steps I needed to take – like whether or not I needed to use the epi-pen. Within about 5 minutes, my heartbeat began to slow to normal, and the restriction in my throat began to lessen.

Sadguru Kedarji tells us that when we rely on the Guru, when we take refuge in his Grace, that we are protected. I recognize that it was my Guru that was speaking through my friend that morning, insisting that I put my epi-pen in my purse. I’m sure that had I not taken the steps that I did, of taking refuge in my Guru’s Grace, that I absolutely would have needed to use the epi-pen and ended up in the hospital. Once again, my Guru protected me and saved my life.

I’ve been told that it is not typical for anaphylaxis to just stop and resolve itself. I know I’ve certainly never heard anyone say they went into anaphylactic shock and then all of a sudden it just stopped and went away without any medical interventions or the use of an epi-pen.

This 3-step dharana that I reached for in the moment is so simple, but yet so extremely effective and powerful, infused with the Guru’s Shakti and Grace. I know that as long as I keep myself immersed in the mantra and on the form of my Guru, that I am protected… it doesn’t mean that I won’t get caught in any storms, but that if I do, and I keep my thoughts on my Guru and on the mantra, that I will be given shelter and be protected as I make the journey Home to the Bliss of the Self.

Shanti Harkness volunteers as the Secretary of The Bhakta School of Transformation. She sits on our Board of Directors and also volunteers as a certified staff teacher and program leader for Nityananda Shaktipat Yoga. She works in the marketing field.