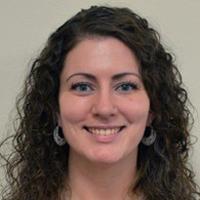 My Attachment To Words.
Offered by Amanda Harkness

Sadguru Kedarji has told us many times that there can be no lasting spiritual attainment without being tested.

Our attachment to words and praise and blame runs very deep, thanks to the play of the Gunas and the Malas in our Consciousness. About 2 weeks ago, Kedarji asked me to begin contemplation on a share assignment he was giving me. I asked if there was a particular length or level of detail that he was looking for, but he said that there wasn’t and that I could share what I liked.

As I began writing my share, more and more things started to come into my awareness, and before long, I had typed out 9 pages in reference to this contemplation. A few days later, I received an email telling me that I was specifically instructed to write a share that was 2-4 paragraphs, not 9 pages, and to please follow the instruction I was given.

My reaction when I read this, was to say out loud, “No I wasn’t!” I was upset that I was being told that I didn’t follow instructions that I was never given. A few seconds later, I realized that this was probably a test, and that I should just respond by saying that I would make the changes and send the revision and then just let the rest go and not say anything else about it… but I didn’t… I chose to ignore that Witness in order to defend my position that I never received those instructions. I contracted to avoid blame.

When he received my response about not receiving those instructions, Kedarji replied by telling me that I must not have remembered, and that for tasks like this, he was going to ask me to take notes regarding instruction, when it was given. Again, ignoring the Witness telling me to just let it go, I responded by reminding him that he told me just a few days prior that there was no particular length to this assignment. It was at this point that Kedarji pointed out that he hadn’t actually forgotten, and that that wasn’t the real significance of what was taking place in our conversation, and for me to “Go deeper.”

Aaaahh, it was a test. And with each email back to Kedarji trying to defend myself to avoid blame, I ignored the Witness that was attempting to guide me through the test. Instead, I chose to stay entangled in the Gunas and Malas- Raja Guna and Karma Mala specifically, rather than taking the position of the Witness and rising above their influence.

Sadguru Kedarji has told us many times that there can be no lasting spiritual attainment without being tested. This was a very important reminder to me of how important it is for me to Surrender to these tests, to take refuge in my Witnessing Awareness at all times, so that I can permanently evolve.

Amanda Harkness works in the field of public health. She is also one of our trained program leaders who volunteers her time in various ways, including service on our Board of Directors.

Is It My Fault?

Is It My Fault?

View Now
Get Rest! By Embracing the Power of Grace – Part 2

Get Rest! By Embracing the Power of Grace – Part 2

View Now
“Illness.” A Blessing of Grace for Well-Being

"Illness." A Blessing of Grace for Well-Being