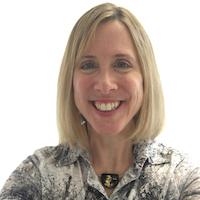 “Illness.” A Blessing of Grace for Well-Being.
by Kambra McConnel

Listen to audio version of this article.

Sadguru Kedarji often utters that “illness is an invitation to wellness.” Before crossing paths with Sadguru Kedarji, I would not have understood the profound importance of that utterance. I used to believe that illness was a nuisance to plow through—something else to deal with while I was busy trying to lead my life.

I was sidelined very frequently by illness as a child and into my early adulthood. Even as I stubbornly kept trying to keep up with my activities and responsibilities while my body experienced illness, those cumulative efforts took a toll. Eventually, my body became very ill, and I was forced to take a long break in order to heal. And I could not have been unhappier about it. I impatiently perceived those circumstances to be a major inconvenience and depressing setback at the time.

However, many years after that period of time, by the Grace of crossing paths with Sadguru Kedarji, I have become blessed with the direct experience of learning how to welcome all such experiences as turning points—because one of the ways in which my Guru extends Grace is through tests that help me see where my effort is strong, and where my effort needs to intensify. And therein lies the beauty of using “illness” as a means to become stronger—to improve my mental state, strengthen my emotional resilience, and experience truly vibrant health.

In September 2016, I had been engaged in our Nityananda Shaktipat Yoga approach for a year, and I also had been training for many months for “The Great Race,” a popular 10K road race in the city where I reside. The Great Race had been my favorite race since high school, and I was excited to run it again. However, I had begun to develop sinus congestion that brewed into a sinus infection. So in the days leading up to the race, I was not sure whether I would actually be able to participate or not.

On the morning of The Great Race, I woke up very early, and I actually felt like I had enough energy to go. I told myself that I had run races in high school and college when I was much more ill, after all. So I took it easy and ran slowly. And for the first time, I really enjoyed it simply for the sake of engaging in the activity rather than feeling any concern about the competition and how fast I was running.

I dealt with the nasal congestion along the way, and the cool fresh air, sunshine, and movement felt good. I ran at a slow pace and repeated the Mantra Om Guru Om with every single step. I recalled the form of my Guru throughout the race. And I did not let my ego get in the way by engaging in worry about how slow my pace was. While I observed my mind wandering into concerns about my slow pace a couple of times, I quickly let those thoughts go by chanting them away.   And while the event is called The Great Race, that year, I began to refer to it as “The Grace Race” because I had never felt so relaxed before in a race. I was not running to win or beat a certain time. As I ran, I contemplated that every being I saw was The Self. So many Selfs moving, so much Shakti flowing down the boulevard. It was a pretty amazing experience. Perhaps I would have been better off resting at home that morning, but I was so happy to have had that experience—I felt such Joy, such Grace, in those moments.

And then, within the week that followed, I was officially diagnosed with the flu. Once again, by my Guru’s Grace, my areas for improvement—the ways in which I was sabotaging Grace—were revealed to me.

On the heels of my “Grace Race,” I had resorted to my old habit of attempting to plow through my daily mundane existence while my body was ill. Without taking my condition seriously—and allowing my body to rest, and heal—I had automatically reverted to engaging in my long-standing habit of running myself down.

Then, I received an email from Sadguru Kedarji, as a follow-up to an utterance that he had casually made, which prompted me to take the symptoms more seriously. He instructed me to chant specific Mantras excessively, take specific herbal remedies, and perform The Maharudra Awakening every day. (The Maharudra Awakening was created by Sadguru Kedarji as a special approach to the ancient healing power of Prana, or life force, that is directed throughout the body and subtle spiritual energy centers with specific breathing patterns, certain movements that include simple, powerful postures, and one-pointedness on Witnessing Awareness.) Sadguru Kedarji also instructed me to try not to run myself down. When I finally took this matter seriously—when I stopped sabotaging Grace and followed my Guru’s instruction—then, I quickly began to heal.

The Best Flu I Ever Had

A couple of years later, in January 2019, I experienced another bout with the flu. However, this time, my experience was totally different, because for several years, I had been steadily engaging in the methods for daily spiritual practice as instructed in our approach, and imbibing the wisdom imparted by my Guru. I like to call this experience “The Best Flu I Ever Had.”

It was the “best” because I sailed through it. I allowed the flu to take its course in my body, while I worked to support my immune system’s ability to mitigate it and bring it swiftly to an end. I supported my immune system by breaking my habit of plowing through and instead, I stayed out of the office, which was much better than going out in the cold, working in the office, exposing myself to other germs, and exposing other people to the flu. Working remotely also allowed me to take breaks, rest, nourish my body and hydrate properly. I felt improvement each day. When going to sleep for the night, I chanted the same Mantras that Sadguru Kedarji had given me in October 2016 when I had the flu. I performed the Maharudra Awakening as soon as I could, once I could breathe a little better.

By my Guru’s Grace, and by consistently applying his wisdom for total well-being, my immune system was in a much better place to manage the flu because this time, I focused on my Spiritual Power.

By utilizing my Spiritual Power, I made an effort to take full responsibility for getting well—more so than I had done in the past. I made the effort to not be such a “doer” and return to the office too quickly due to a fear of missing out or falling behind. I paid much more attention to how much I hydrated, and to what I fed my body. I performed japa, chanted, and sat for meditation.

I simply kept recalling the importance of Spiritual Power in all of this. And that was the difference that made the difference. For once, I made an effort to not let the healing process be a “set it and forget it” approach where I took pills and plowed through. I actually made an effort to listen and get well so that the flu did not drag on and on. And my body was all better within a little more than a week, instead of many weeks!

The Importance of Holding the Highest, Most Useful Understandings
As Sadguru Kedarji utters, “When you shrink behind fear and anger, you are underestimating the power of Grace.” For me, recalling this wisdom always helps me remember the importance of reaching for—and holding—my Guru’s understandings over my own.

Thanks to my Guru’s Grace, now I can observe how my many years of plowing through illness instead of giving my body the time and effort necessary to heal were due to fear and anger—fear of missing out, and anger about feeing sidelined.

Now, without acquiescing to that fear and anger—by reaching for wisdom instead of weeping about what I believe I am missing—I have a whole new perspective on my body’s experiences with illness. Instead of feeling like I have been booted out of my own life, I now approach illness as a re-boot…as a way to learn how I can strengthen my Spiritual Power, improve my mental state, and deepen my emotional resilience, for vibrant health and total well-being. What Grace!